10 random reasons why you should work out at LeanRyde!

#10.  We use resistance bands on the bike for an AMAZING total body workout! 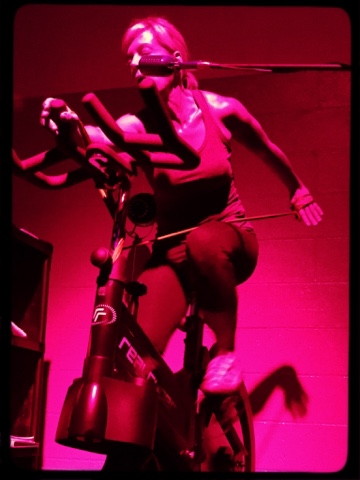 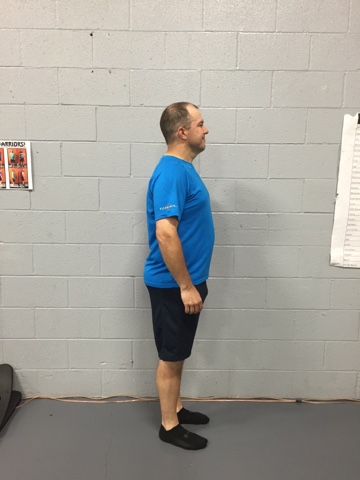 #8.  We have a roomba named Jeeves. (Forgot to take his photo, sorry).
#7. We sell zip fizz and our fridge has a cute little blue light in it. 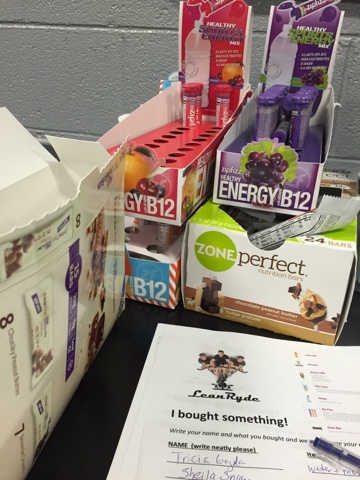 #6. Our stage has glitter on it. Everybody loves glitter.
#5. We have a disco ball!

#4. It's super dark during class so nobody can tell if you're cheating. Not that anybody cheats, but just in case...
#3. It's like a club without the hangover. If you are hungover, see #4.
#2. The majority of the instructors are proudly germaphobic - this studio is CLEAN.
#1.  You will sweat, it's guaranteed. 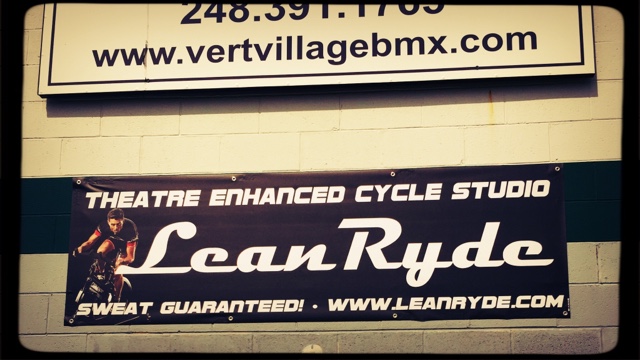 Just got this email from a client and I am so proud of her!!  Great work Jamie!!
Hi Dawn,
I'm leaving on my trip tomorrow and just wanted to drop you a quick note. I finally (after almost 2 years at the same place) am making progress!!!! Friday I stepped on the scale 12 pounds down from where I was when I first started meeting with you. I couldn't be happier that results are finally starting to happen. I also feel like I've got a pretty clear plan of attack when I get back home for getting back on track!
Thanks!
Jamie
Email ThisBlogThis!Share to TwitterShare to FacebookShare to Pinterest 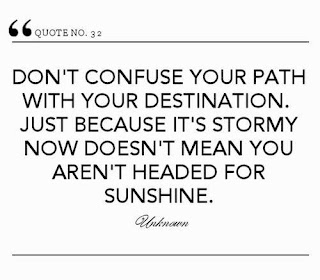 This stuff rocks! All the flavor and fun of peanut butter but only 45 calories and 1.5 grams of fat for 2 tablespoons! It's just genius! 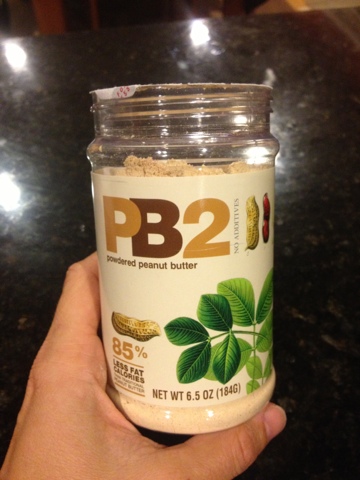 Creatine isn’t just for muscle men. Turns out, the muscle-building dietary supplement can fight depression in the fairer sex.

A study from three South Korean universities and the University of Utah reports that taking 5 grams of creatine with a daily antidepressant helps women with major depression recover two times faster than those who take the antidepressant alone.

Will creatine help you battle depression? Consider these facts to find out:

What is creatine?
You may know creatine as a supplement used by bodybuilders and athletes to bulk up. However, it’s actually an amino acid that we all produce naturally and take in whenever we eat meat and fish. Our bodies convert creatine to a molecule called phosphocreatine, which is stored in our muscles and brain to help deliver instantaneous energy whenever we need it. Many muscly men take creatine for the energy to train harder and more often.

How does creatine work for depression?
One of the biggest symptoms of depression is mental fatigue. When suffering from depression, even the most routine tasks feel as impossible as getting the colors to line up on a Rubik’s cube. That’s where researchers believe creatine can help. By upping the brain’s levels of energy-revving phosphocreatine, it could help the brain do its job—from figuring out that Rubik’s cube to warding off depression—more easily, says Dr. Perry F. Renshaw, Ph.D., professor of psychiatry at the University of Utah medical school and senior author on the study. The effect has only been shown in women, and Renshaw believes female sex hormones are to thank. Still, more research is needed to pinpoint exactly how creatine does the job.

Does creatine improve symptoms of depression when it’s taken without antidepressants?
Tests perform on rats suggest that creatine can fight depression all on its own. “Rats love creatine more than Prozac,” says Renshaw, who believes the heightened levels of energy in the brain help them battle beady-eyed depression. Plus, creatine helps protect neural cells from death. So even if it doesn’t keep you smiling, it can keep you smarter. Previous studies have shown creatine to heighten people’s performance on mental tasks, Renshaw notes.

Will I bulk up from taking creatine?
If you’re taking creatine to reach your fitness goal, you’re probably throwing back 20 to 30 grams of creatine a day. However, the recommended depression-fighting dose is only 5 grams a day, which won’t cause most women to Hulk up. What’s more, creatine was shown to have little to no side effects in women during the study.

Where can I get creatine?
Flavored and unflavored creatine powders are readily available at GNC and other supplement shops. (They’re meant to be mixed with water and drank.) To play it safe for your stomach, take creatine—like any supplement—with a meal, Renshaw suggests. You can also up your creatine intake the ol’ fashioned way: Meat and fish contain high levels of the important amino acid. (There’s one explanation as to why vegetarians have higher rates of depression than their omnivore friends.)

To Jump or Not to Jump?

One of the primary goals of the Spinning® program is to help develop cardiovascular fitness and assist in creating better muscular endurance. And one of the most controversial and least understood movements in the Spinning program is Jumps. Many people believe the movement is unsafe, and cyclists have said that Jumps are an unnecessary movement because they are not performed outdoors on road bikes. However, when using proper technique and form, Jumps are very beneficial.

In many ways, Spinning is similar to weight training. Both require appropriate resistance that is consistently progressed as the participants develop an ability to both attain and sustain proper form. In the weight room, a person will begin an exercise at a lower weight in order to focus on the range of motion so they can fully recruit the targeted muscle groups. Likewise, in a Spinning class, you must begin with lower resistance until the rider has an opportunity to increase their core temperature and prepare both muscle fibers and connective tissues for the training session. Then, as both workouts continue, intensity is added through incremental additions of resistance to keep the muscle groups challenged for the intended period of time (or rep range). But resistance is never progressed to the point that form (range of motion) is compromised. Proper form ensures that muscular intensity is maximized while the stress to joints and connective tissue are minimized.

When appropriate resistance levels are used, riders can transition from seated to standing positions while maintaining their balance over the pedals. Jumps are about rhythmic transitions from a seated position on the wide part of the saddle to a standing position over the tip of the seat. Forward flexion is not increased and (ideally) cadence remains consistent through the transitions. Jumps challenge the body’s ability to adapt quickly to the varied demands of sitting and standing while pushing appropriate resistance loads.

When instructors prompt students to maintain their body alignment, their cadence, and their balance point, Jumps are beneficial to both muscular endurance and cardiovascular development. Excessive joint stress can be avoided by teaching the consistency and fluidity of the movement especially when riders demonstrate overly high cadences or uncontrolled forward momentum when performing the movement.

While it is true that outdoor riding rarely requires a rider to stand and sit down repetitively in a short span of time, Jumps do offer a unique training opportunity to cyclists. Developing an ability to stand and pedal at progressively stronger resistance loads has both cardiovascular and functional benefits. It presents an element of cycling that requires a high level of skill that is difficult to train on the road because of the high intensity it would require. Indoors, a rider can control the intensity, slow the cadence, and work on maintaining proper body alignment as the cardiovascular system continues to get stronger. It is specified training that helps create a stronger overall skill base in a rider who mostly participates outdoors.
Email ThisBlogThis!Share to TwitterShare to FacebookShare to Pinterest

This is a yummy treat that can be taken on the go! Just 1/2 cup-ish of lean muscle meal (any flavored protein powder will work) and some egg whites. Mix well and throw on the griddle just like pancakes. Add a couple sprays of butter and that's it!! 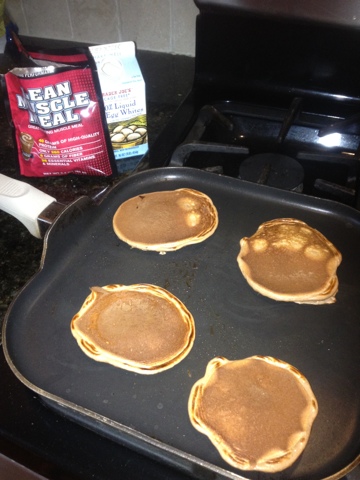